the history of video games

Who invented the video game system

Ralph Baer invented the first video game system.
and he made it in the 1960’s it
looked like  one of those old radio’s every year they came out with a new video
game  system.

Lawson was a black man and he invented the first video game
system it was a small box that they had to hold on to.
In the year 1947 this man named Thomas T. Goldsmith and this man
named Estle Ray Mann.  They were the  first ones to invent the video game system.   In 1951 Ralph H. Baer also made the
first video game and no one knew  witch video game system was
better.

Why did they invent video games

People started to like video games so they had to make more and
more  for people.  Video games just used to  be a box and you would
have to hook it up to the tv and play it.
Now adays you can have a ds or a xbox or  aps3 and the ds has a screen on
it and the other ones use a tv but there not  big boxes they have controlers and
they are way funer than the big boxes you  had to use. 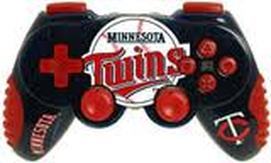